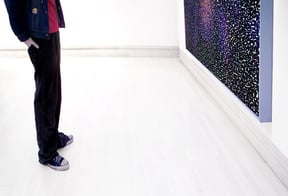 Visit the Old Court House Museum, one of Durban's oldest buildings bearing a fascinating and varied past.The building was loop-holed during the Anglo-Zulu War of 1879; it bore witness to both the South African Wars and the Bambatha Rebellion, and more recently acted as a recruitment centre and canteen during both World Wars.

It was here that African men were given sanction to enter the city or were denied access, and had to pay the mandatory Poll Tax. Here too, at the beginning of his legendary vocation as an activist, Gandhi was asked by the judge to leave the court for wearing a turban! The museum features a number of collectables in the foyer, including an extensive miniature car collection. The Daphne Strutt Costume Room features fashion from throughout the 20th century, interesting accessories such as cigarette cases, bags, shoes, jewellery and hats enhance the display. A number of rare Art Deco and Nouveau pieces make this exhibition a must for aficionados.
The 'Movers and Shakers' exhibition features miniature figurines relating to KwaZulu-Natal's history. A touch screen computer display introduces visitors to a broad overview of the province's history through the lives of these personalities.The Durban Room features the city's progression in lifestyle, wealth and means of production, from the colonial era to the post-colonial era.The Durban Room features four unique exhibits - the David SB Anderson Pharmacy, Henry Francis Flynn's Cottage, Clairmont Sugar Mill (showing developments in the production of Natal's most lucrative resource) and the Miss Fann Fancy Repository with a display of the fine imported fabrics, haberdashery and luxuries available in Durban at the end of the 19th century.
Need to know? Visiting Hours are Monday to Saturday: 8:30 to 16:00; Sundays and Public Holidays: 11:00 to 16:00; closed on Christmas Day and Good Friday.
Telephone:
+27 (0) 31 311 2229
Things to do in Durban Central

Sleeps 40 in 20 rooms
Durban Central Hotel
Turdor House Hotel is located in a historic building, in the heart of the spectacular Durban City Centre. This modest hotel has a...
View Deal

★★★★★ 53 Reviews
Sleeps 38 in 15 rooms
Durban Central Bed and Breakfast, Self-catering
PLEASE NOTE THAT BRENTWOOD LODGE IS REGISTERED TO PROVIDE ACCOMMODATION DURING THE LOCKDOWN PERIOD. WE WILL ALSO BE OFFERING SUBSTANTIAL...
R900
Avg per night for 2 guests
View Deal

Sleeps 20 in 0 rooms
Durban Central Hotel
This property offers transfers from the airport (surcharges may apply). Guests must contact the property with arrival details before...
View Deal

Click to display the map
Old Court House Museum is 1.8km from the centre of Durban Central , the nearest airport 27.8km (King Shaka International Airport).
*Distances are shown as the crow flies and not necessarily the actual travelling

Other things to do near Durban Central

Beach in Durban
Wedge Beach is a popular surfing spot located to the right of the beachfront's new pier in Durban....
See all things to do near Durban Central
powered by