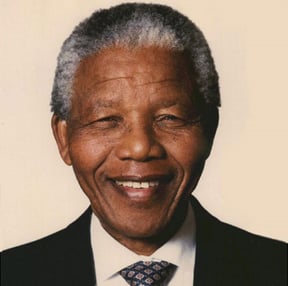 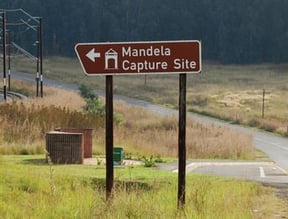 Madiba fans and struggle history buffs all make their political pilgrimage to the Mandela Capture Monument. This significant site is where the world's most famous anti-apartheid activist, Nelson Mandela, was apprehended while driving incognito from Durban to Johannesburg.

On the 5th of August 1962 Mandela was arrested at a point on the main R103 near Lions River and was imprisoned in the Johannesburg Fort. He had been on the run from the Security Police for seventeen months. The monument has been erected at this spot, the place where he said goodbye to freedom for 27 years.

Reviews:
1 Review
Things to do in Howick

★★★★★ 10 Reviews
Sleeps 6 in 3 rooms
Howick Self-catering
SKYBLU is a peaceful garden cottage/apartment. This is a four-roomed cottage with a large bedroom with two 3/4 beds and an en-suite shower....
R395
Avg per night for 2 guests
View Deal

★★★★★ 20 Reviews
Sleeps 25 in 8 rooms
Howick Self-catering, Bed and Breakfast
Welcome to our 4 Star graded bed and breakfast in the tranquil town of Howick, the hub of the Midlands Waterfall Country, just one hour...
R1100
Avg per night for 2 guests
View Deal

★★★★★ 4 Reviews
Sleeps 40 in 13 rooms
Howick Self-catering, Bed and Breakfast
Cranford Country Lodge is a stunning country-chic lodge situated in the heart of the KZN Midlands. This is a breathtaking wedding venue...
R1460
Avg per night for 2 guests
View Deal
See all accommodation near Howick

Click to display the map
Mandela Capture Monument is 7.4km from the centre of Howick , the nearest airport 106.3km (King Shaka International Airport).
*Distances are shown as the crow flies and not necessarily the actual travelling

Other things to do near Howick

Spa & Wellness in Wembley
Senses Day Spa is a haven of tranquility. Our internationally qualified therapists will ensure that...
See all things to do near Howick
powered by